Anthony, Put Away Your Weiner 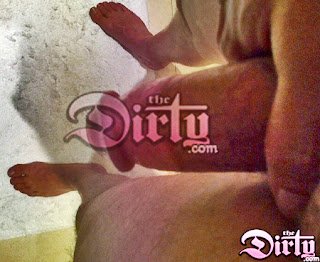 Actually, I don't really mean that, Anthony. I'm kidding, as are so many readers fascinated by the link between your gift and your name.
It's clear to me that you have a gift, and as is so often the case, you want to share your gift with the world.

When I finally followed the link to theDirty, I saw that indeed, unless you have either taken advantage of Photoshop or simple visual distortion, you are indeed Endowed by Your Creator.

So Anthony, give your career in public life a whack with a blunt instrument. It's time to move on. Your name alone has attracted about a billion bad puns. I can only imagine what your school days must have been like. Perhaps those memories fuel your passion to rise to the top of the Big Apple. (Is Big Apple another synonym?)

I don't know. I only know that what another major city doesn't need is the sort of revelation coming out of San Diego. Anthony has already shown a sort of tone deafness in Congress regarding the intersection of his private life and political judgment.

Our culture can only move so far, so fast. We're still a bunch of prudes on some level. You might consider moving to Europe to give your predilections another audience. But they will probably want a local rather than a carpetbagger...

So Anthony, give your party a break, and your personal gifts a more appropriate space, like the Mitchell Brothers, if they're still in business. If not, the Internet awaits you.

Comments:
I feel that your perspective is deep and everything is pretty good given the perceptions and opinions logic together.

Botox, the neurotoxin, widely used in cosmetic treatments across the world has particular actions on reducing the signs of aging on the skin. The drug is produced by Clostridium botulinum through biotechnology techniques, and when used in proper concentration has this magical capacity of paralyzing the injected muscle.
http://www.epivaxcosmeticshop.com
epivaxcosmeticshop@gmail.com
Tel:+1(210)564-7598